So, along with 5 pics from Taz Photos, one of my pics from the recent Croatia trip has made it in to print media. My first time! 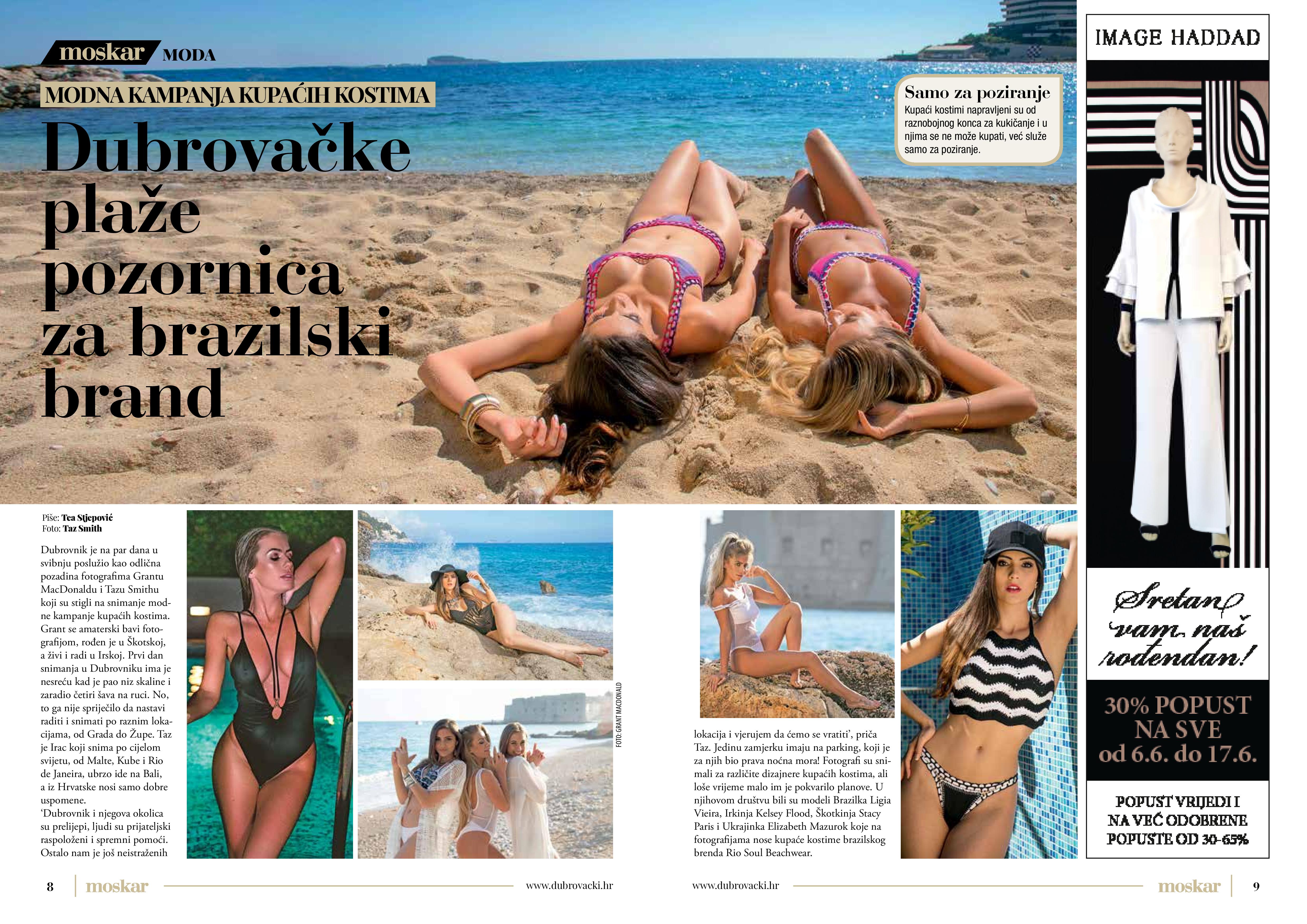 Dubrovnik for a couple of days in May served as an excellent background for photographers Grant MacDonald and Taz Smith who have come for a fashion shoot for a swimwear campaign.

Grant is an amateur photographer, was born in Scotland, and lives and works in Ireland. On the first day of shooting in Dubrovnik he unfortunately fell down stairs and earned four stiches on his hand. However, this did not prevent him from continuing work and shooting at various locations from Dubrovnik City to Župa.

Taz is an Irishman that shoots all over the world, from Malta, Cuba and Rio de Janeira, and soon Bali. From Croatia he carries only good memories.

‘Dubrovnik and its surroundings are beautiful, people are friendly and willing to help.

for us there are still unexplored locations and I believe we will come back.’ said Taz.

The only objection is on the parking, which was a real nightmare for them!

The photographs were recorded for different designers of swimwear, but bad weather had badly damaged their plans.